Questions for the Wife of a Fool

Questions For The Wife of a Fool
By Guest Blogger Jodi Green. Her story will resonate with so many wives who have discovered their knight has lost his shining armor.

1 Samuel 25 gives us the story of a wealthy, intelligent and beautiful woman named

Abigail. She is more intimidating to me than the Proverbs 31 woman. In fact, if I could go back

Posted by Harriett Ford at 1:42:00 PM No comments: Links to this post

Setting Your Course With Words 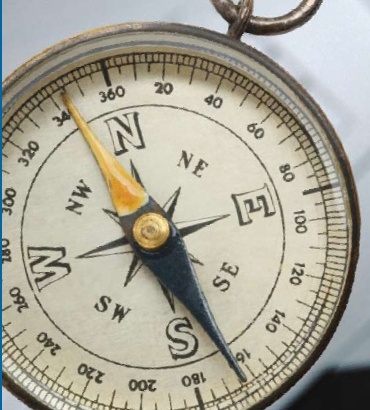 By Harriett Ford
We define our lives and set our course with our words. It is a spiritual law that our words produce results (Mark 11:23-24).
We were created to have dominion and authority.
Look at the Tower of Babel. God said man could achieve anything his heart imagined, (Gen. 11:6) so how did God stop this first attempt at a one-world government? He confused their language.
Language gives us tremendous power (Prov. 18: 21) because our mouths can speak God's Truth, or they can speak Satan's lies which always begin with“Has God said?”
Look at The Great Deception of our modern age, the commonly accepted theory of evolution. When it comes to what we believe about how the world was formed, we have only two choices: Nothing formed everything or God did.
If a society believes nothing created the world, then they have no moral accountability. The moral breakdown of our society is quite evident today. Jesus said people who deny the Father are children of the devil (Jn 8:44). They talk, walk, and act accordingly.
Those who serve God have His very words to talk, walk, and act on. We can speak blessing or cursing over ourselves every day. I can say, “This task is something I'll never get done; I'm just too tired.” Or I can say, “I can do all things through Christ who strengthens me.”
What kind of harvest do I wish to have? I will say like King David, “Father because I set my love on You, You shall be with me in trouble and deliver me. With long life will you satisfy me and show me your salvation” (Psalm 91: 14-16). Amen.

Harriett Ford is a board member of the Awesome Kingdom Experience ministry, in Branson, Mo.

Since the 19th century and the widespread acceptance of the evolutionary theory (which means ultimately that Nothing created Everything) we have seen our school children taught that there is no moral accountability since there is no God. We only have societal norms, and these change according to whoever is in power (godless Obama).

Forgive our nation for setting ourselves above Your Word in order determine our own godless course.

Search us, Oh, God, today; cleanse us from every sin and set us free.

Posted by Harriett Ford at 1:04:00 PM No comments: Links to this post